Inspired by the letters written between her parents, ‘True Love Conquers All’ by Susan R. E. Wall fuses fact and fiction to tell the story of a British Army soldier posted to Germany in 1953, who falls passionately in love with a German secretary – at a time when both nations were scarred by a war that had only recently ended.

It’s a story of Hitler’s rise to power told through the eyes of a German national who was there, the social histories of two nations who suddenly found themselves as friends…and a bold reminder that love transcends any and all adversity.

The book came about from the 60+ letters between Susan’s parents and the large amount of memorabilia she inherited.

“You will note that in this letter my dad had drawn a cat. He sometimes, as in this letter, would add a dot for the cat’s bottom and mum would get very angry with him. She thought it rude. If you read the letter you will instantly see how much he loved her.” -Susan R. E. Wall 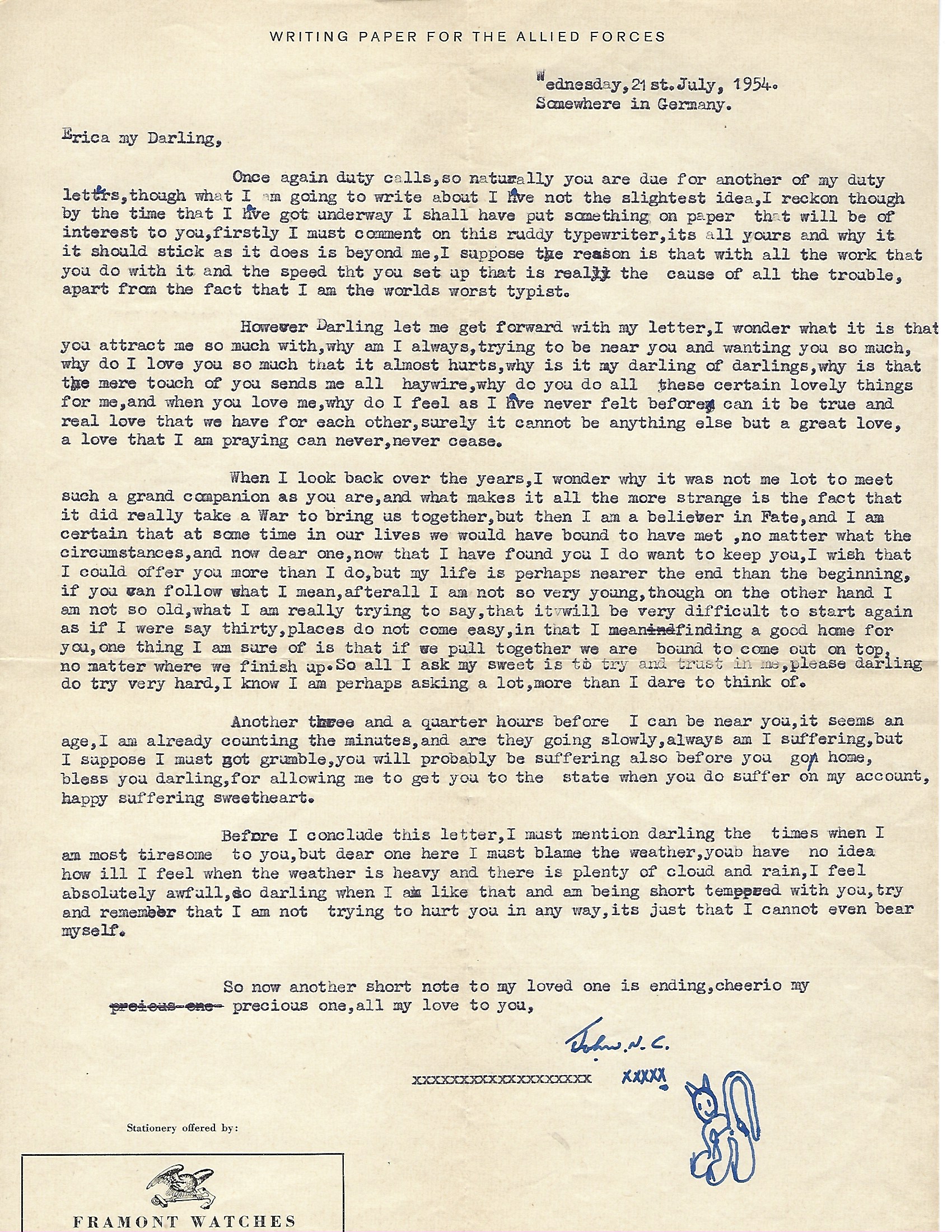 The nights are drawing out and green shoots are showing.......it's time to think about the garden! It’s also a good...

The lucky winner was Janet Handley.

Win a 2-night stay at The Spires Serviced Apartments

Enter now for your chance to win a 2-night stay at The Spires Serviced Apartments. One lucky entrant will win...

The lucky winner was Molly Daniel.

Mouse House are giving away one of their best selling gift box- the Rainbow Box. Brighten up your cheese board...

The lucky winner was joyce charlesworth.

Win a 2 night stay for 2 at Saunton Sands Hotel

Enter for your chance to win a 2-night stay at the stunning Saunton Sands Hotel in Devon. Perched atop the...

The lucky winner was Susan Johns.

Win a 7 night Mediterranean Cruise for 2 aboard Star Clipper

The gentle lapping of waves against a wind driven hull. A pod of dolphins playing in the curling bow wave....

The lucky winner was Jude Jones.

Win a weekend break in the Highlands with Black Sheep Hotels

Black Sheep Hotels is offering a weekend break for two people this winter.  The lucky winner can choose from The...

The lucky winner was Barbara Wood.